Seasons allow you to customize players’ in game experience with limited time events. These events allow for more frequent content updates with the opportunity to tie in with Progression to earn unique in-game customizations.

Creating a Season in the Developer Console​

Seasons are specific to games. To create a season, open a game on the Developer Console and navigate to the Seasons tab. 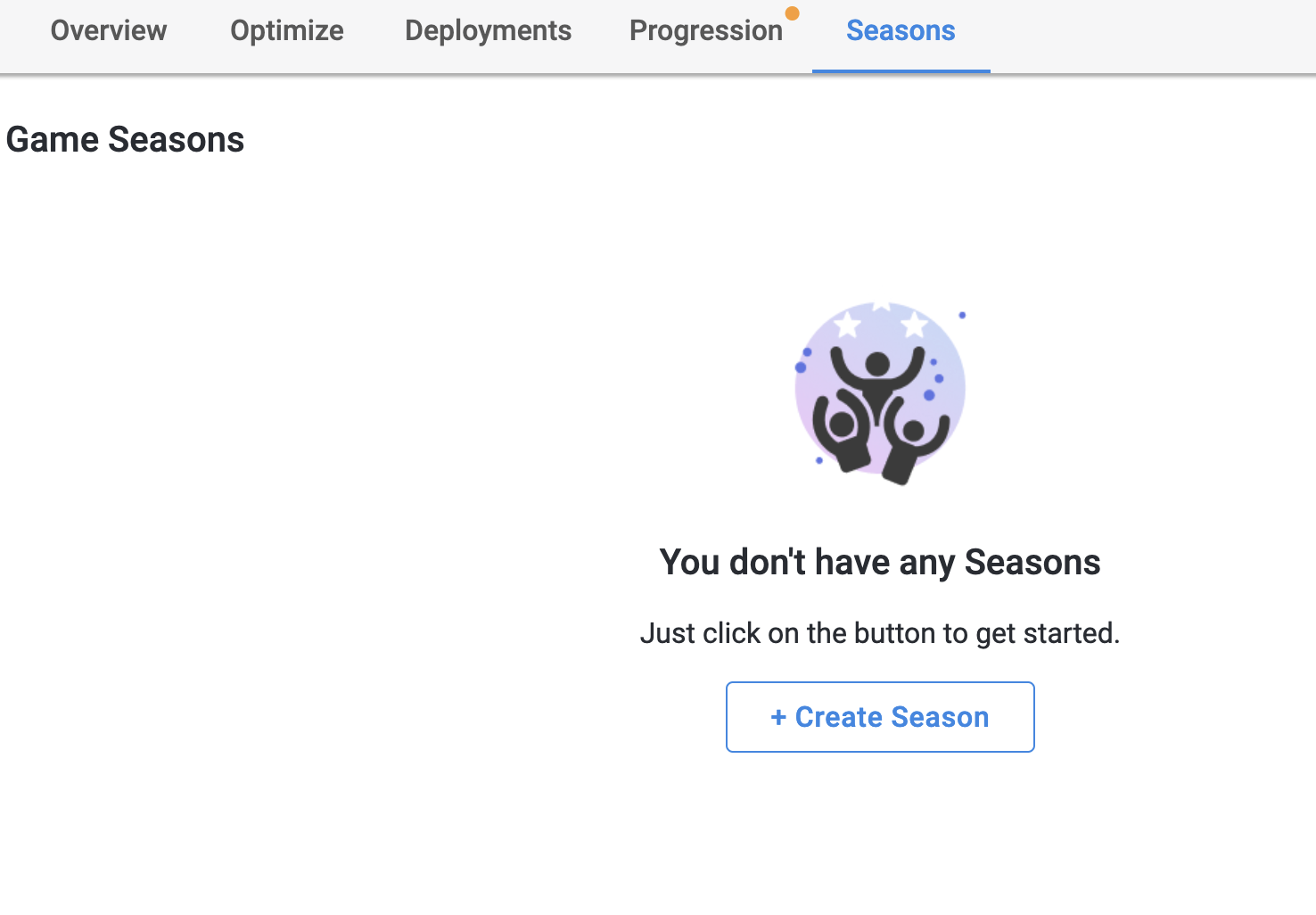 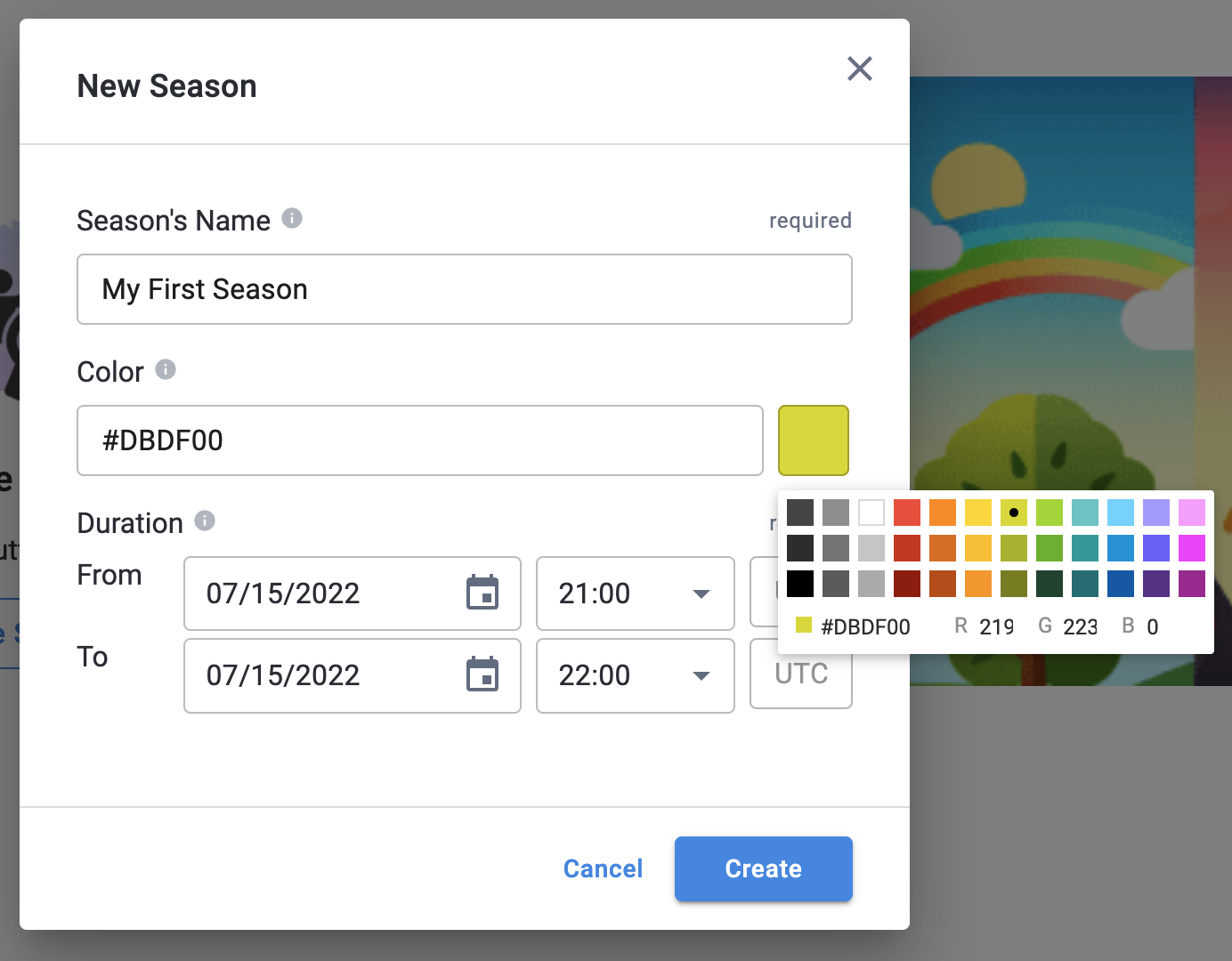 When the season has been successfully created, it will show up in the list of upcoming seasons. Click on Upcoming Seasons to expand the list and see the season that was just created. Click on a season to open season details.

This will open an edit modal where the season’s name, color, and duration can be modified.

If a season is currently active in production (denoted by the Active in Prod) chip, changes will only be visible in the sandbox environment until the Sync button is clicked. This will sync the changes to production. Changes to upcoming seasons will be synced to production automatically.

An active season can be paused using the Pause button. This means that the season will not show up in API requests, and players will not see the season. This allows a deployed season to be quickly taken down in case there are any issues.

A paused season will still take up its time slot, so no other seasons can overlap with its start and end times. To unpause a season, click on the Re-start button on the season details page.

Any upcoming seasons can be deleted by clicking on the ellipses on the season details page. If a season has already started, or has ended, it can no longer be deleted. 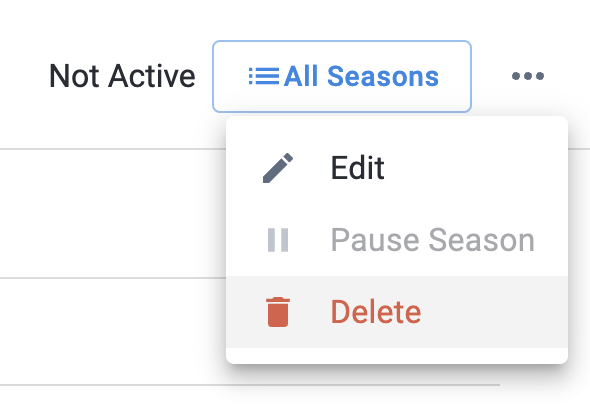 Time Overrides and Testing in Sandbox​

To access time overrides, navigate to the Sandbox tab on the seasons page. 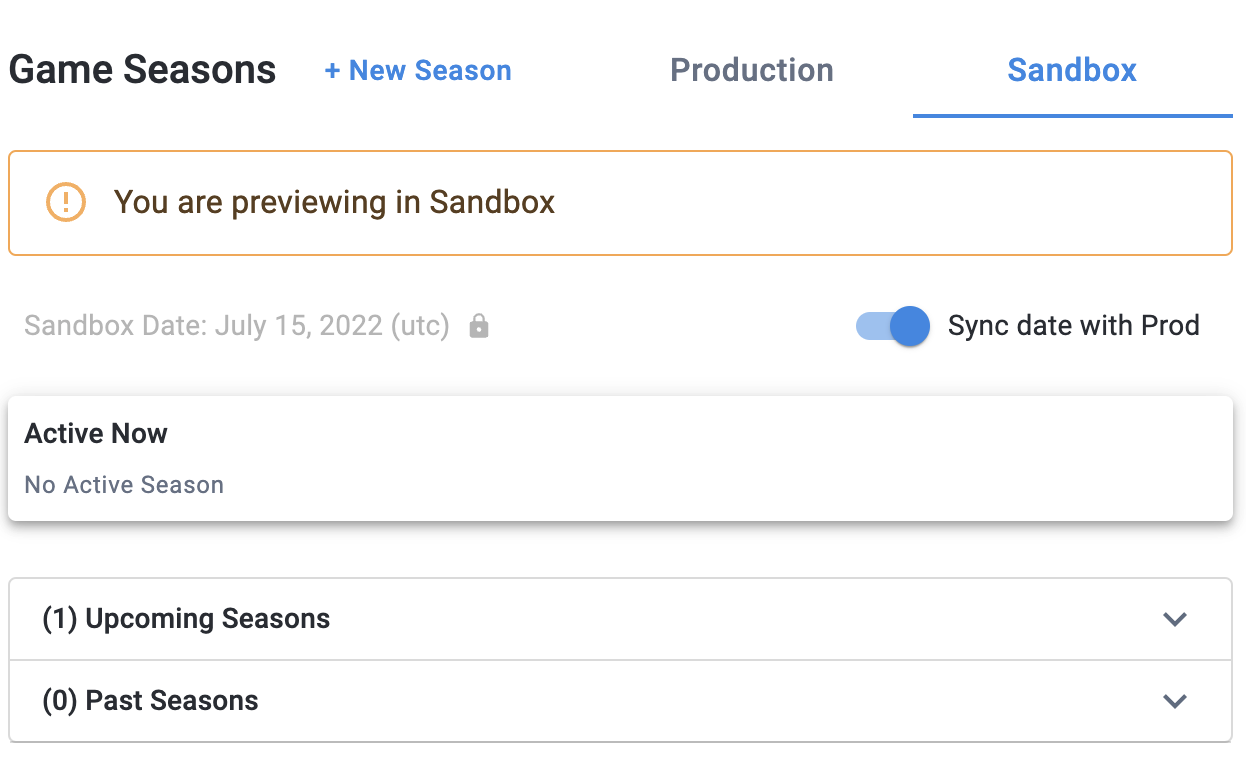 By default, sandbox time is synced to production time. Untoggle the Sync date with Prod to allow time overrides. The “Sandbox Date: date” text left of the toggle will turn blue now, clicking on it will open the time overrides modal. 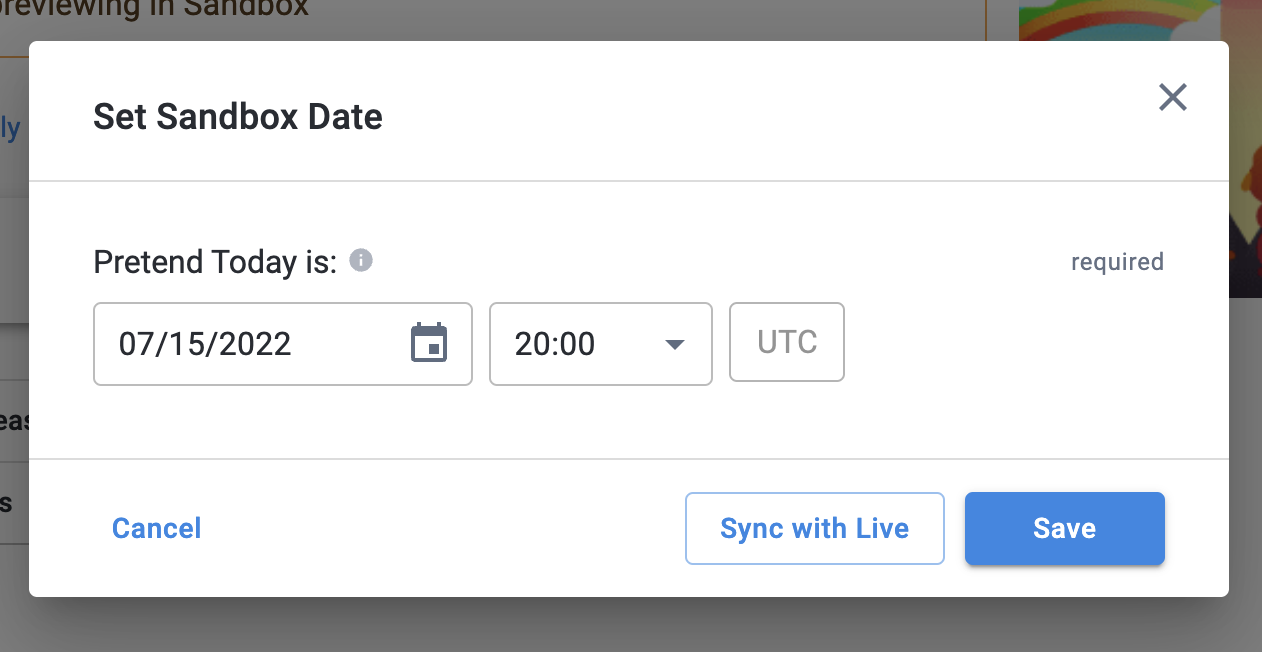 If you set the time override to the start time of an upcoming season, that season will be shown as the active season, and should be visible in-game if it’s configured to use the sandbox environment. This does not affect the production environment.

This is for in-game preview only, any past seasons will still not be editable. The season details page always displays controls and statuses based on real time instead of sandbox time.

Please refer to instructions for using seasons with entry points.